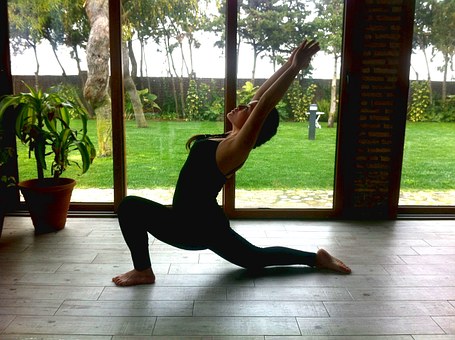 Welcome To The  Home Page Of

Yoga has its origin in ancient India. Most of the credit for bringing yoga to the masses goes to Maharishi Patanjali.

The text fell into obscurity for nearly 700 years from the 12th to 19th centuries and made a comeback in the late 19th century due to the efforts of Swami Vivekanand. It gained prominence again as a comeback classic in the 20th century. (Credit: Wikipedia)

Why is yoga so important in our life?

So the big question here is why yoga? Around75% of people start yoga practices for weight loss, others for better flexibility, relaxation, and fitness. But after sustained yoga practices, 90% of them feel changes in their thinking process. Now they have a different set of answers about why yoga.

They have a feeling of self-actualization, kindness, self-compassion, self –awareness and a sense of fulfilling their potential.

Yes, yoga can increase your flexibility, improve your balance, and decrease your cholesterol. A recent review in the European Journal of Preventive Cardiology shows that yoga reduces the risk of heart disease as much as conventional exercise. On average, yoga participants lost five pounds, decreased their blood pressure, and lowered their low-density (“bad”) cholesterol by 12 points. Now many types of research are in progress on how yoga improves health problems including chronic pain, fatigue, obesity, asthma, blood pressure, and even cancer.

The yoga practices, when performed regularly, keep your mind, body, and soul together in a highly elevated mode of action. It brings your physical and mental disciplines in harmony to achieve a peaceful mind and body which is necessary for our well being.

“The well being can be defined as the state of least stress and relax mind and body”.

The importance of yoga increases furthermore as it is a natural way of healthy living. There is no requirement of a machine or instrument for performing yoga asanas. Studies have shown that yoga offers its benefits in the prevention of health issues like diabetes, arthritis, obesity, hypertension and in the rehabilitation of diseases like cancer.

Yoga has numerous health benefits. It takes a lifetime to explain and understand the health benefits of yoga. If you are passionate about yoga, you may have noticed that you can sleep better or remain cool and calm in adverse situations or have an increased level of resilience. Also rarely falling ill with a better immune system than other non-yoga practitioners.

Is yoga spreading its wings

Till now yoga was treated as some spiritual phenomenon originated in the East specifically in India. The main reason was that unlike western methods, which are more reason-based and experimentally approved, yoga has its origin from a totally different kind of thinking.

Yoga cleans our bodies from inner to outer by focusing on the root cause of a disease. Working from the root of any illness has the advantage of its total eradication, so chances of backfire are rare. To explain it further let’s take an example of common cough and cold. It is the most common form of illness but once contracted takes 4-5 days or more get completely cured.

Now a western method of curing the cough and cold may include some antibiotics, antiallergenics or some cough syrups. All these medicines come with lots of side effects like drowsiness, nausea, upset stomach and much more.

In the eastern methods, on the other hand above illness is recognized as a weakness of the immune system. Yoga is seen more and more to improve our immune system. So healings through yoga will have no negative side effects.

Can yoga keep your brain ageless?

It’s a big claim indeed. But yoga keeps your brain from growing old. And there is enough evidence to prove this theory.

While most people feel that yoga reduces depression and anxiety, even physicians and scientists are surprised to find out that yoga changes brain functioning.

A  study published in the Frontiers in Human Neuroscience in  May 2015, uses magnetic resonance imaging (MRI) of the brain to show that yoga protects the brain from the decline in grey matter, as we age. People with more yoga practices had grey matter volumes matching to younger people. In other words, yoga could protect your brain from shrinking as you get older.

Why is yoga so popular

So apart from so many benefits yoga renders in our life, the reasons behind the popularity of yoga are quite different. The yoga practices are not about changing the brain, body,  or experiencing greater happiness and joy.  Yoga aims to combine all those things. In an environment where we rush from one day to the next, constantly trying to change our health, our body, or our emotions, or to plan our future, yoga opens up the possibility of connecting to what we already have — to who we already are.

Yoga has already spread its wings by being an International celebration.

Today yoga is practiced in various forms around the world and continues to grow in popularity.

Recognizing its universal appeal, on 11 December 2014, the United Nations proclaimed 21 June as the International Day of Yoga by resolution 69/131.

The International Day of Yoga aims to raise awareness worldwide of the many benefits of practicing yoga.