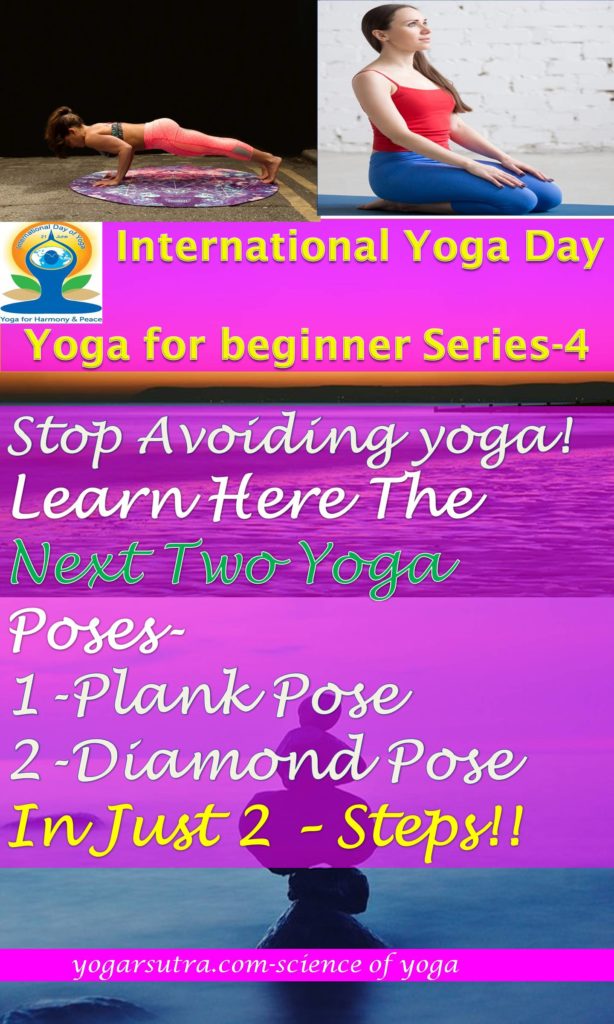 You will pick-up from where you left i.e. The Cat and The Cow Pose. This transition will take you just 2- easy steps to get into the diamond pose. The moment you detach your knees from the mat and stretch your legs and core parallel to the floor, you achieve the magical and versatile Plank Pose.

In case you missed anything previously, can find right here-

Although I am writing this series as an evergreen guide for you, yet one more reason to start this series is the approaching “The International Yoga Day”. The above-stated parts of the series too, have valuable information about the Day. So please don’t miss the pieces if you intend to make a big picture!

International Day of Yoga: The History

Yoga is performed and celebrated all over the world as World Yoga Day or International Day of Yoga on 21st of June every year. Same was declared by the United Nations General Assembly on 11th of December in 2014.

The declaration was done after the call by the Indian Prime Minister, Narendra Modi to the United Nations General Assembly on 27th of September in 2014 during his address to the UN General Assembly.

He suggested the United Nations General Assembly for adopting 21st of June as an International Yoga Day to get all the benefits of yoga for the people all around the world.

The Prime Minister during his address to the UN General Assembly said that “Yoga is an invaluable gift of India’s ancient tradition. It embodies the unity of mind and body; thought and action; restraint and fulfilment; harmony between man and nature; a holistic approach to health and well-being. It is not about exercise but to discover the sense of oneness with yourself, the world and nature. By changing our lifestyle and creating consciousness, it can help us deal with climate change. Let us work towards adopting an International Yoga Day.” 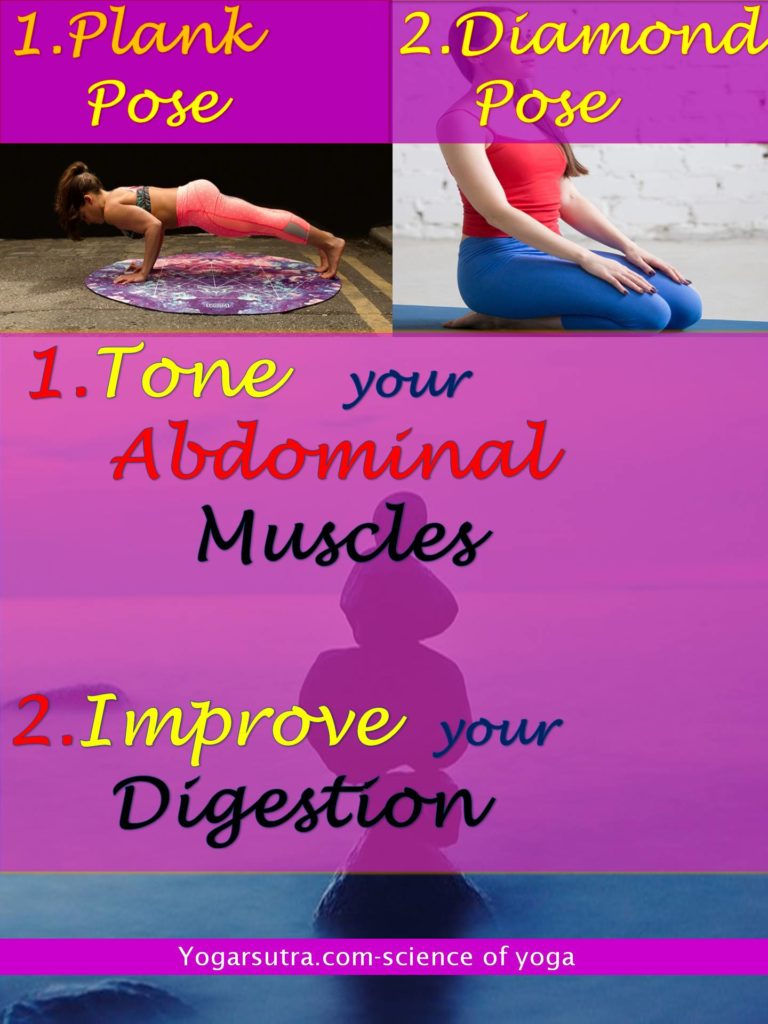 The Plank Pose (Kumbhakasana) is an arm balancing yoga pose that tones the abdominal muscles while strengthening the arms and spine. Its name comes from the Sanskrit words “kumbhak,” which means “breath retention,” and “asana,” which means “pose.”

The Diamond pose also known as Vajrasana is synonymous with the toughness achieved. You can say that the strength achieved is equivalent to one of the toughest matter on the earth- The Diamond.

Vajrasana (the diamond pose) stimulates the Vajra Nadi which enhances the digestion Process. Sitting in vajrasana obstructs blood flow to the lower part of the body i.e. thighs and legs. This results in an increased blood flow to the pelvic area and stomach. Hence your bowel movement and digestion becomes better. Sustained practice of the Vajrasana makes your lever healthy. 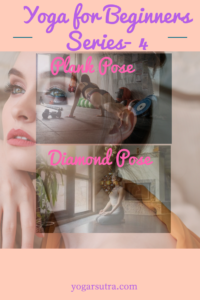 So you completed almost three-quarter of your journey. The transition from cat/cow to plank is very easy. Most yogis prefer the downward-facing dog pose as the before pose for the plank pose. That is also fine whereas I find my transition handier. And you are free to take your actionable transformations until it does not hurt the smoothness and suppleness of your practice.

The stillness in the plank pose may feel boring…also the toughest pose to hold, initially. So you can move your legs towards the respective hands one by one, as a mountaineer will do; Or alternatively, lift your hands to touch the shoulders one by one.

And the vajrasana may fell you like a knee-breaking one, at the beginning. You may add a folded towel/cushion beneath your hips to minimise the pressure on your ankles. When you become flexible enough to hold the vajrasana for a bit longer, you can perform some neck rotation or some face-exercises then and there …because the stillness is booooring …always!

All the best- “you in the plank and the diamond pose”.

How To Get A Super Flexible Spine: The Cat and Cow Pose

Yoga For Beginners Series-2: How To Do Yoga Like A Pro on International Yoga Day

Yoga For Beginners: 2 Steps 2 Shine On The International Yoga Day

1 thought on “Yoga For Beginners Series-4; The Plank Pose And The Diamond Pose”